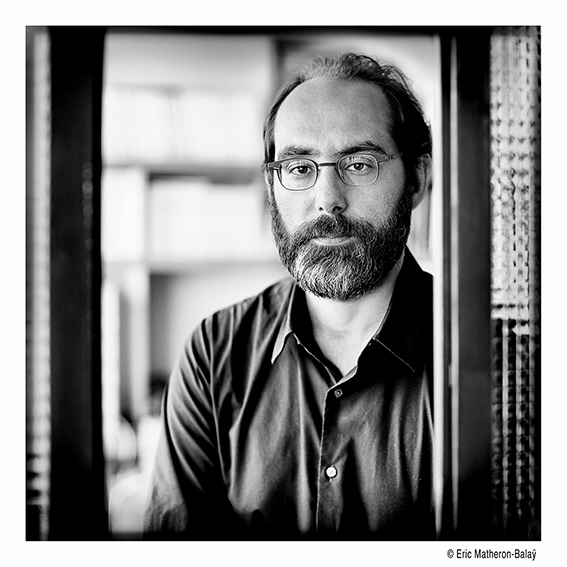 The photographic approach of Thomas Balaÿ began in the United States and more particularly to the Marie Selby Botanical Garden while he was preparing a traveling exhibition on plants in danger of extinction. This photographer graduated from tropical agronomy who has traveled all over the world is the initiator of botanical works and photographic exhibitions whose purpose is to reveal the diversity and beauty of the plant world that surrounds us.

In each of his images, Thomas Balaÿ oscillates between scientific testimony, documentary and artistic research.

From this decontextualized proximity, from this documentarian approach to the detailed description, came the plastic genius. The plant is revisited with the bias of a sculptural stylization, close to surrealism. By emphasizing these qualities, Thomas Balaÿ brings out the structural and architectural forms and volumes of the plant. This staging highlights the beauty of plant graphics, its intrinsic design to detect its lines, its thickness to touch its material and feel its splendor. The vegetal world is thus transported with Thomas Balaÿ in sober artistic forms, simple to the sharpness of the lines and forms close to the creations of design or jewelery.

Thomas Balaÿ gives us the sumptuousness, the elegance of these plants created by nature and its millions of years of evolution. It elevates them to the rank of a work of art capable of containing multiple interpretations. With these images, it is still the fragile beauty of the plant world that he defends. A naturalistic message, so that we all become aware of our natural heritage, the richness of plant biodiversity, and that we do not forget our duty to admire and preserve it.

Marveled by this lush nature that surrounds us it was first studied in 1999 during these studies of tropical agronomy in Guadeloupe and observed during several stays in the Caribbean archipelago.

This willingness to explore and understand then led him to collaborate with many botanists. First with Dr. Margaret Lowman formerly Director of the Botanical Garden of Marie Selby Botanical Garden in Florida and Dr. George Banez Specialist Tropical Rainforest by creating a traveling exhibition on plants in the process of extinction. This series named What if only photographs remains ? has been exhibited for several years in public places in the United States and with the support of the Beattie Foundation, first at the Marie Selby Botanical Garden, Miami Orchid show, Saks Fifth Avenue in Miami and Holley Hall Symphony center in Sarasota.

Back in France and at the time of the transformation of photography to digital, he decided to improve his digital photography at the school of the image of Gobelins in Paris and alongside many photographers as assistant .

With this experience in 2009 he began a new photographic series on Orchids made in private and public collections such as the prestigious national collection of the French Senat. This work will then be published by Ulmer Editions in 2015 in collaboration with Mr Frédéric Pautz Director of the Botanical Garden of Nancy and prefaced by Mr Francis Hallé.

These images have been exhibited in several places such as : the Gallery of Europe during the offspring of art and plant design, at the Jardins du Luxembourg in Paris during the European Heritage Days, in the Art Center of the Château de Vascoeuil, at the Botanical Garden of Nancy and during the European Orchid Council Conference and Exhibition in 2018 in Paris.

In 2017 he publishes his second book Succulentes with Ulmer Editions, highlighting the richness and adaptability of these species in their ecosystems.